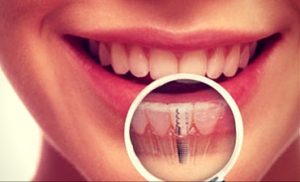 When the nerve of your tooth is unhealthy or upset and not capable to repair itself, the nerve generally dies. The common reason of nerve death is fracture or a deep cavity that exposes the nerve to bacteria, which reason the nerve to die. A root canal is a way to save the tooth if your nerve becomes infected by a cavity or exposed due to fracture. When this process becomes necessary.

Painless root canal may sound like an oxymoron, but new method is making it a actuality for many dental patients. One such technique engages avoiding the root canal altogether by sealing the exposed nerve with newly developed adhesives. The process takes just one visit to the dentist and is much less exclusive than a traditional root canal, Who need root canals are candidates for the alternative procedure but almost none are getting it, partly because few dentists know about it and partly because the failure rate with an earlier generation sealant was very high.

Root canals are performed when bacteria, introduced through a cavity or crack, compromise the nerves located inside the tooth. The bacteria cause an infection, which eventually kills the nerves. But root canals can be avoided.

Root canal is a treatment to fix and save a poorly injured or infected tooth instead of removing it. The process involves removing the damaged area of the tooth (the pulp) and cleaning and disinfecting it, then filling and sealing it. The common reason affecting the pulp are a cracked tooth, a deep cavity, repeated dental treatment to the tooth or trauma to it. The term “root canal” comes from cleaning of the canals inside the tooth’s root. Decades ago, root canal treatments were painful. With dental advances and local anesthetics, most people have little if any pain with a root canal today.

Root canal treatment is an often straightforward process to relieve dental pain and save your teeth. Patients typically need a root canal when there is inflammation or infection in the roots of a tooth. During root canal treatment, an endodontist who specializes in such treatment carefully eliminate the pulp inside the tooth, cleans, disinfects and shapes the root canals, and places a filling to seal the space.

When Is Treatment Needed?

Generally, root canals are recommended or needed when there is an infection deep within the tooth. The pulp inside the tooth can become infected with bacteria because of an injury or because of a severe, untreated cavity. Without treatment, the infection can become severe enough that the tooth has to be detached. If your dentist has recommended the treatment, here is a step-by-step guide of what you can expect during and after the procedure.

How Painful Is a Root Canal?

Root canal process has the reputation of being painful. Actually, most people report that the process itself is no more painful than having a filling placed.

What Should One Expect After the Root Canal?

For the first few days following the completion of a root canal, the tooth may feel sensitive due to natural tissue inflammation, especially if there was pain or infection before the process. This sensitivity or discomfort generally can be controlled with over-the-counter pain medications.

Why should I go to the dentist regularly?

Many people do not see a dentist on a habitual basis. They only go when they have a difficulty. This is called “crisis treatment” versus “preventive treatment.”. This is because so many dental troubles do not have symptoms until they reach the higher stages of the disease process.

Tooth decay often does not harm until it gets close to the nerve of the tooth. It is not unusual to see a patient with a huge cavity who has never felt a thing. The dentist can generally detect a cavity 3-4 years before it develops any sign. This early detection can help you prevent root canal treatment.

How can I get my kids to brush their teeth?

Why does the dentist take X-rays

Much illness of the teeth and surrounding tissues cannot be seen when the dentist examines the mouth. An X-ray examination may reveal:

Why should I use a mouth guard?

A mouth guard can stop damage to your face and teeth. Most people benefit from wearing a mouth guard when playing any sport. You should wear one whether you are playing professionally or just on weekends. Do what you can to preserve your smile and your health. The best mouth guards are custom-fitted by your dentist. This is especially important if you wear braces or fixed bridgework.